On this New Year’s eve the venue of the winter festival in Novo-Molokovo brought together good neighbors, friends and colleagues, sportsmen, painters and artists who all came to participate in this bright and rich holiday. 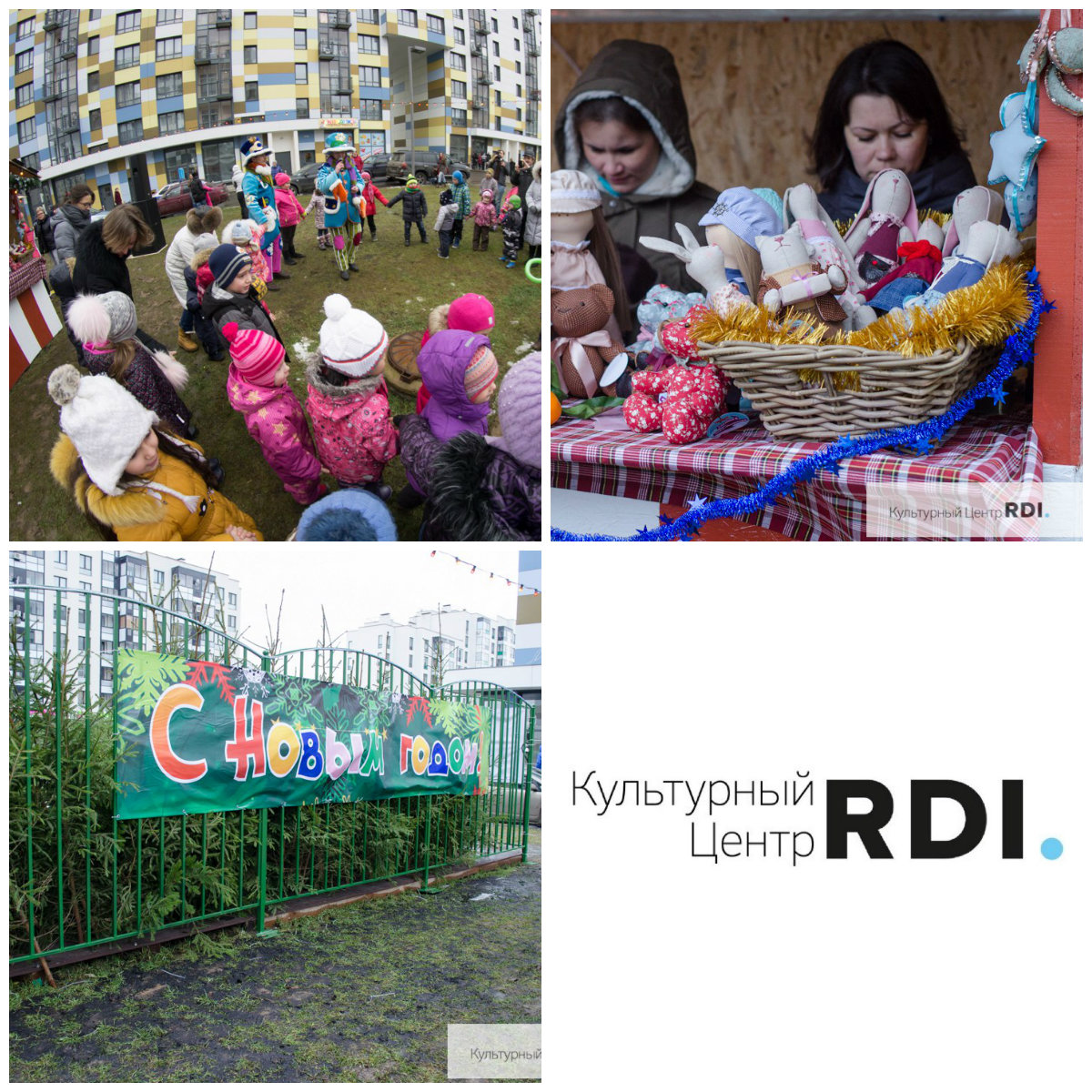 The winter festival was timed to opening a new creative space for the citizens and Novo-Molokovo residents which was accompanied by a music concert featuring  Anna Volkova - a Moscow soul singer, song writer, leader and producer of English language group Anise, as well as resident of the complex. An art exhibition titled “Novo-Molokovo Faces” by Lena Tsibizova who is a photographer and member of art group Troika was opened featuring 26 portraits. A New Year fair of hand-made crafts produced by residents of the complex under the “Made in Novo-Molokovo” brand took place in the open air.

The main site of the festival became the Culture center. This is a cozy space for communication and interaction of all residents which features amateur classes for adults and kids, after-school club for school students, movie shows, lectures by experts in various fields, private exhibitions, master classes and sports classes for people of all ages. “Practically all activities of the new Culture center will be fueled by initiatives of the residents”, points out RDI development company which implements this large-scale project for integrated territory development.

The premises of the Culture center are within walking distance for all residents of the complex, occupying an area of 278 sq.m., including a gym, family cafeteria, separate co-working zone, library. The program of the RDI Culture center is developed to allow each resident to hold or attend various events. It will accept over 500 regular visitors monthly.

“Developing the Culture center is  part of the RDI strategy which demonstrates a new approach to developing own infrastructure, creating not only a space for life, but also a unique atmosphere which cannot be measured in square meters. This means: life style, creating common interests for Novo-Molokovo residents, establishing a community, integrating each participant in the process of developing space around oneself and one’s home”, says Dmitry Aksenov, main mastermind of the festival, chairman of RDI Group Board of Directors and owner of the Viennacontemporary fair in Vienna.

Operation of the Culture center as well as all those new creative spaces created in a whole number of RDI projects will be supervised by RDI Culture and RDI Creative teams,  which among other things conduct programs at the VIENNACONTEMPORARY art fair in Vienna.

The developer has already made significant progress in its efforts to make the surrounding space meaningful. This year the central alley of Novo-Molokovo saw an art exhibition titled MALEVICH: who invented the Black Square, which is timed to the 100-th anniversary of the famous work of art. The exhibition allowed one to trace the way thanks to the author’s talent the Black Square transformed over 10 years into triangle, circle, acquiring various bizarre forms and boasting all hues of the rainbow. And the Faces Of The Citizens project by painter Lena Tsibizova became a true sensation at the recent modern art fair in Vienna.