On June 7 occupants of residential compound "New Molokovo" supported by the RDI Cultural Center have launched the Botanic Experiment as follows: a self-motivated resident of the compound complex raised several oak saplings and asked the RDI Cultural Center to arrange for the saplings to be planted within the territory of "New Molokovo". Unfortunately, oak saplings were not mature enough for open-ground planting. So we came up with the idea of сonducting the Botanic Experiment. 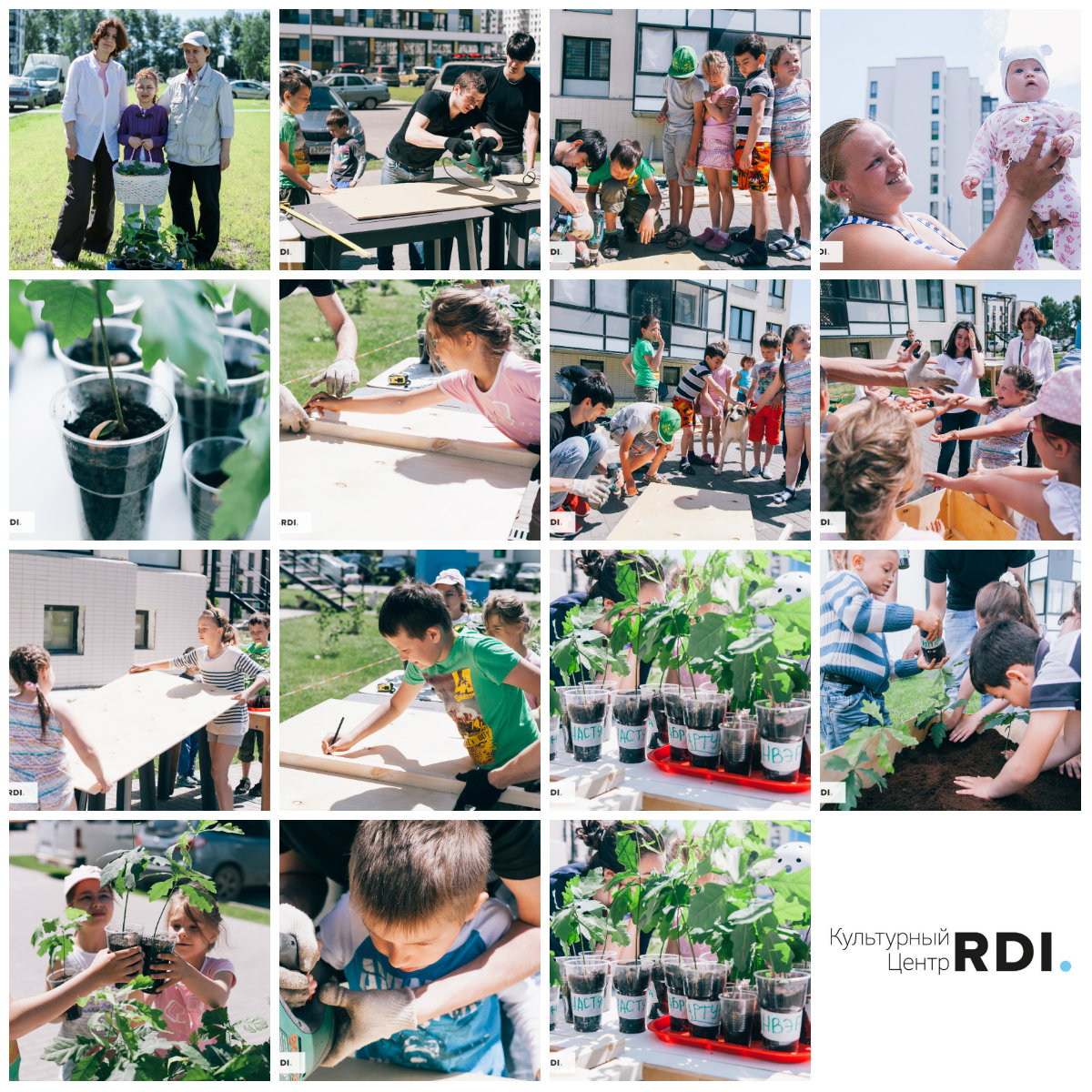 The community’s children supervised by the Cultural Center have prepared transportable planters and set the oak saplings in them. From now on, children will take care of the saplings until they become large enough to be planted outdoors.

We plan to go on conducting the experiment, and we will support this engaging process!